Do you want to know how to grow celery easily at home? Then, here is everything you need to know.

Celery is quite a versatile veggie that can be eaten either cooked or raw. It can add to the taste and nutrition of soups, stir-fries, salads, juices and a variety of other delicacies. Though the wild celery plant is mostly found on marshy ground and boggy riversides, celery has been a part of cultivation since the olden days.

Growing celery on your own can be effortless when you know the right techniques, starting from sowing and growing to harvest. Knowing the best-cultivated varieties suitable for the UK climate is also essential if you want to get the best results.

That’s not all as knowing some common problems and their quick remedies can help you further in the process of cultivation. 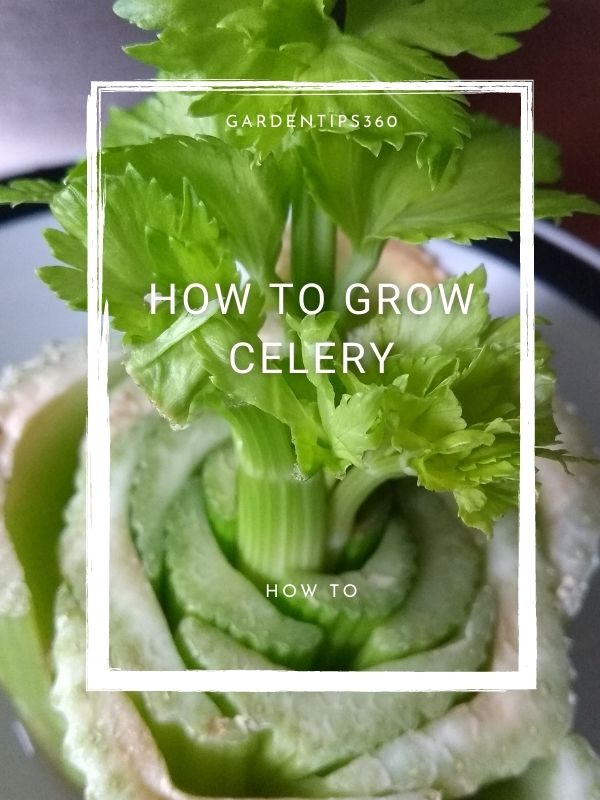 While looking for the best celery variant, colour, size and firmness are the main factors that you need to check well. The shape of a celery root is usually roundish, similar to the size of a grapefruit. If you get a pale green or white celery root that’s 4 to 5 inches in size and it appears soft or bruised, you have found a good one.

Fresh celery seeds are usually tiny and oval and the colour is light brown. Depending upon the variant you pick, the colour may slightly vary but it should not be too light or dark. Here are some common celery varieties you can consider buying for planting.

This green variant is vigorous, uniformed, trench-worthy, high yielding and slow bolting. It can be identified by its pale stems of medium height that are usually thick, succulent and rich in flavour.

It is our favourite variety because of the texture, taste and flavour it provides. You can sow Octavius AGM both indoors and outdoors in seed trays or small pots of compost. The harvesting season is from August to November.

It’s a British-bred, self blanching celery variant that’s quite vigorous and uniformed. The thick, upright stems have a smooth and fleshy texture. Less straggly, very crunchy and moderately sweet.

The botanical name of Lorretta AGM is Apium graveolens. You can sow it indoors and later transplant it outdoors. Flowers start from August and hence, you can harvest stems from that time to October.

This variety of wild celery grows quite fast in unpredictable weather conditions and is known for its good texture and flavour. The apple-green stems with no side shoots have a good bolting tolerance.

The best aspect of this variant is that it can endure extremely hot weather. The height of a fully grown Tango AGM plant will be approximately 45cm and the depth will be about 30cm. The best time to sow the seeds is from March to April.

This self blanching variant can be identified by its smooth, fleshy and thick stalks that are pale green in colour. Providing moderate to a high richness in flavour, this variety is resistant to blight or leaf spot.

Granada AGM is a high-yielding variant that produces tightly bunched stalks. The best aspect of this variant is its disease resistance power. If you are a beginner gardener, you can start with this variety. The fully grown plant will be about 0.1–0.5 metres in height and 0.1–0.5 metres in depth.

Another self-blanching variety that’s comparatively smaller in size than others. Known for adding a rich flavour to the recipes, this variant can be identified by its ribbed stems and compact shape.

The flowers of a Celebrity AGM look creamy-white, which grow in summer. The best time to harvest this variant is from late Summer to the first frost. 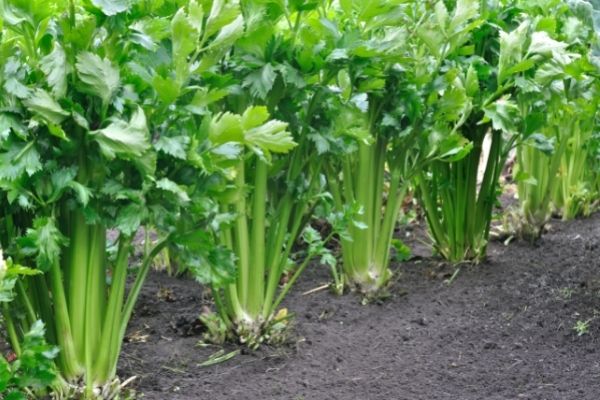 The planting techniques of celery includes the process of sowing, growing and maintaining, which are described below.

Sowing celery seeds in a seed tray or a pot and then transplanting the gently firm celery seedlings in different modules will be a better idea. However, if you want to save the plants from transplant shock, you can start off directly in single pots. The best time to sow the seeds is early spring from March to April when the temperature is about 15°C. You need to sow a thin layer of seeds on moist compost and then cover with sieved compost or vermiculite.

Germination will take time and hence, patience is essential. If you sow in a tray or a small pot, you need to transplant when several leaves start appearing on the young celery seedlings. 7.5cm modules or pots are ideal for transplanting. The temperature should not fall below 10°C for more than 12 hours as that will cause bolting. Hence, you may need to delay sowing if the soil temperature is very low. Moisture retentive soil is the best for growing celery in a vegetable garden as it will ensure consistent moisture.

You need to ensure that your celery plant gets plenty of water throughout its growing season. Besides lack of water, other factors that can affect the growth of this thirsty vegetable are transplantation shock and chilled weather. Due to these factors, the plant can run to flower and seeds or blot, which should be avoided. The plant should be hard enough before you plant to plant out during May and June.

The trenching method is quite simple and you can start by digging a trench of 30cm depth and 35-50cm width. The best time for easier trenching celery is from October to November or March. Make sure you add lots of well-rotted organic matter in the trench. Two handfuls of high potassium fertilizer like Vitax Q4 can be added to each square metre of ground. You can plant the seedlings in a row along the trench.

Once the stems are 30cm tall, you can start mounding soil around the plant stems, which is also known as earthing up. It will help the plant stems to become properly blanched. Take about 7.5cm of soil out so that the top gets exposed. Another way of doing this is by using collars of brown paper, corrugated cardboard, plastic drainpipe, newspaper or any other suitable material.

To encourage the blanching process of green and self blanching varieties, you need to plant celery 23cm apart in blocks so that they can shade each other. It’s quite easy to grow self blanching celery at the ground level as the plants will start self-shading.

Before the dry weather starts, you need to water the celery stalks on a regular basis so that they never dry out. When growing celery in pots, also make sure you feed the soil with a liquid fertilizer every 15 days during summer. Once you see improved crops, you can dress the soil by adding high nitrogen fertiliser.

Growing your own celery is a delight and once the plant reaches its desired length, it’s time to harvest celery. Well, harvesting celery should start between the span of August to October or before the first frost. Unfortunately, many varieties will be harmed by hard frost excluding trench celery. Hard frosts stop the growth and also can lead to the death of the plants. The process of harvesting celery is simple but be careful while using your sharp knife while cutting the base of the stems.

Here are some common problems that you might need to face while growing celery in your garden.

This is a very common problem with celery plants and it can be spotted by the brown spots that appear first on the matured leaves and then on the younger leaves.

To treat celery leaf spots, you need to only use treated good quality seeds and also rotate the crops quite often.

Slugs and snails can create trouble by feeding on the young seedlings. You can spot them easily by checking the potting soil and the leaves.

To keep your celery plant safe from slugs and snails, you can try using anything from sawdust, beer traps, coffee grounds, eggshell barriers and biocontrols to copper tapes.

How To Grow Aubergines

How To Grow Asparagus

How To Grow Beetroot

How To Grow Brussel Sprouts

How To Grow Broad Beans

How To Grow Cabbages

How To Grow Carrots