How to Get Rid of Caterpillars in Your Garden? If you are an avid gardener, then you know that one of the worst pests to your plants is caterpillars. These little critters can quickly destroy everything in their path if they are left unchecked. Luckily for us, there are a number of ways to get rid of them!

The majority of individuals believe that caterpillars aren’t capable of causing too much damage in a garden. They’re adorable and fuzzy, so they must be cute and harmless, right?

It transpires that they are ravenous leaf-eating worms that can quickly consume a large number of your plants. Tomatoes and broccoli heads or bases, as well as cauliflower, basil, lettuce, and cabbage leaves, will be a perfect meal for them.

In this article, we will go over several methods for eliminating these garden pests and saving your plants from destruction. 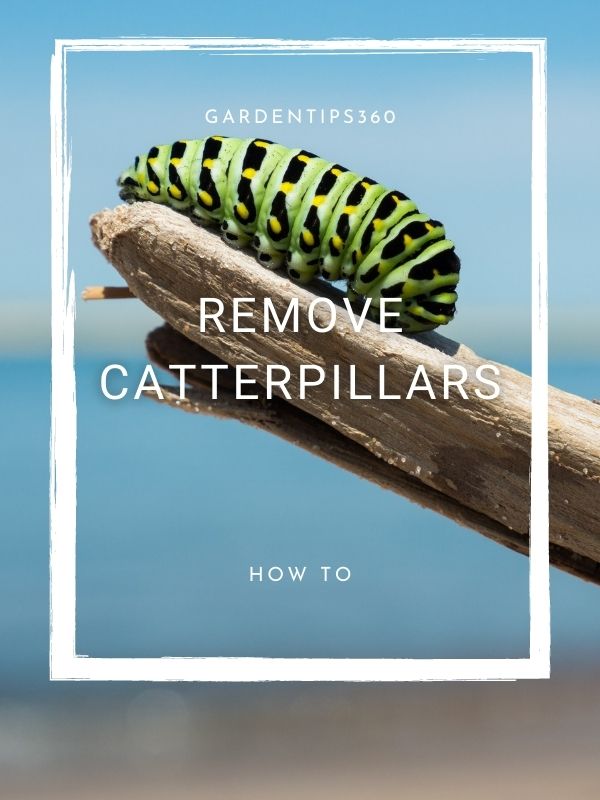 The first method is using organic liquid soap and water. This sounds strange, but it works! Caterpillars tend to be really sensitive to smells. In fact, they hate them so much that they will avoid anything with a strong scent. You can repel these pests by spraying your plants down in the early morning or late evening hours with some diluted organic dishwashing liquid (one teaspoon per cup of tepid water).

Using soapy water also creates a slippery surface that discourages the caterpillars from climbing back up onto the plant. This is a good way to get rid of them if they are just hanging around in one place and not eating any leaves (yet). 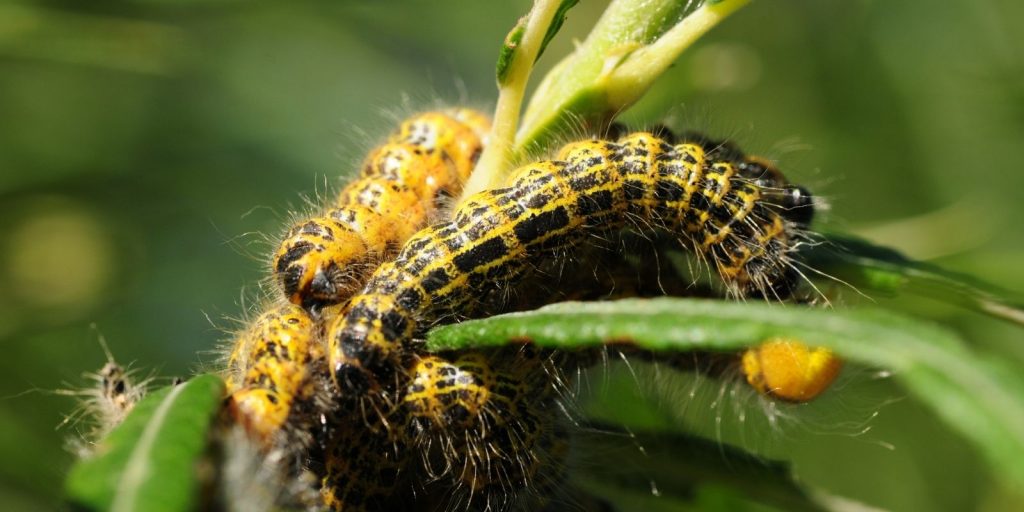 Another method is using organic Bacillus Thuringiensis, or Bt for short. This bacterium attacks the digestive systems of these pests and will kill them within a few days after use.

Follow the instructions on how to mix it with water carefully as you don’t want to harm your plants! You should also wear gloves during this process in case any residue accidentally gets on your skin (it doesn’t hurt humans but caterpillars have very sensitive stomachs).

Using Bt against caterpillars has been proven effective again and again by many gardeners across the UK. It’s an environmentally friendly way of getting rid of harmful bugs without resorting to harsh chemicals that can damage animals like bees, birds, and other wildlife.

This is a very old method and it works great. All you need to do is mix crushed garlic cloves with cayenne pepper in some boiling water. When the mixture cools, simply spray your plants down with this solution – caterpillars will die within hours!

It can also burn leaves so make sure not to leave any residue when spraying over them. This might sound like an unbelievable way of getting rid of pests, but give it a try before dismissing its effectiveness! 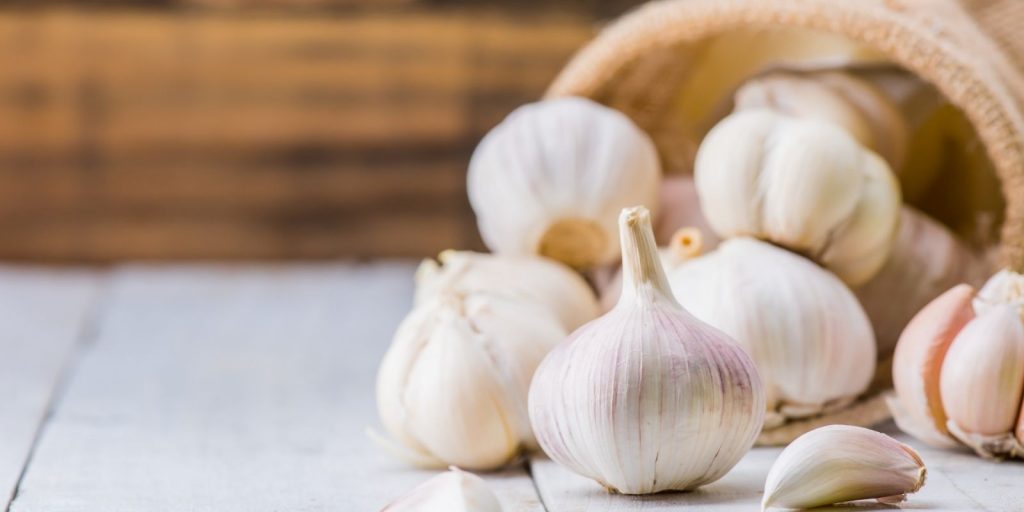 If you’re looking for a more natural way to discourage caterpillars, this is one that works very well. You need some hot chili peppers (the hotter the better) and boiling water.

Just add as much crushed pepper as possible into the pot of boiling water and leave it overnight so all the heat dissipates from your mixture before using it in spraying any plants affected by caterpillars.

Caterpillars have delicate stomachs and will die within hours after ingesting or coming into contact with anything spicy like chili sauce or powder. This method is especially effective if they are just hanging around on there but haven’t eaten leaves yet – make sure not to spray over any leaves because they can burn them. 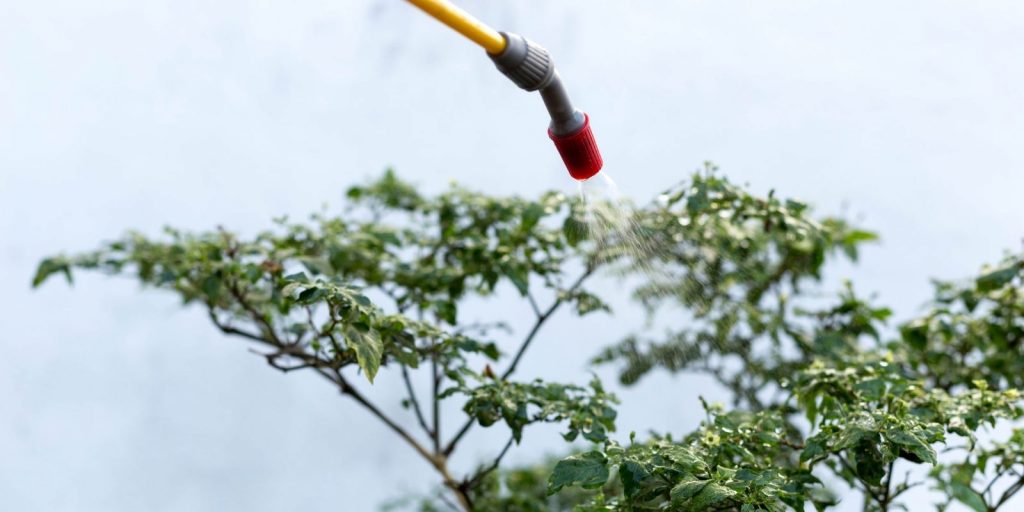 Create a garden that is bird-friendly

Birds are obvious natural predators for caterpillars, so attracting birds to your garden will make it very difficult for these pests to survive. You can do this by putting out bird feeders and perches so they have a safe place to sleep at night, or you may even consider installing nest boxes near the plants that are being eaten up.

Additionally, if you have the space for it, keep chickens in your garden because they love to eat tent caterpillars as well. Chickens are also a great source of organic eggs, so there’s another benefit for having these feathered friends in your garden! 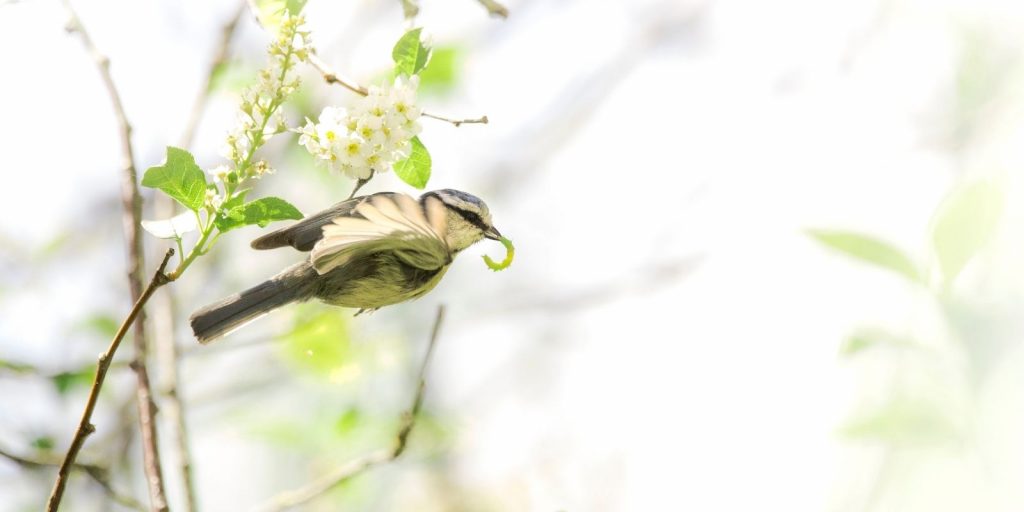 Just mix some organic apple cider vinegar with water in the same ratios as described above and spray your plants down every other day or so until there are no more pests hanging around on them. Mix 2 tablespoons in 4 liters of water and spray the mixture on any plants affected by caterpillars every other day until they are gone.

The acid in the vinegar will kill them within hours of ingestion or even coming into contact with it, so this is a very effective method for getting rid of these pesky critters without resorting to harsh chemicals that can ruin your garden’s ecosystem.

This is another old method that works very well. Cut a burlap sack into strips about the length of your forearm and soak them in water overnight so they get really wet. Wrap these around any plants affected by a caterpillar infestation and leave them on for 24 hours before replacing them again.

You can also use teabags if you don’t have access to a burlap sack, as long as they’re soaked in boiling hot water for at least an hour or two beforehand. The tannins from the leaves inside are highly acidic and will kill off anything hanging out within minutes after ingestion or contact with it. 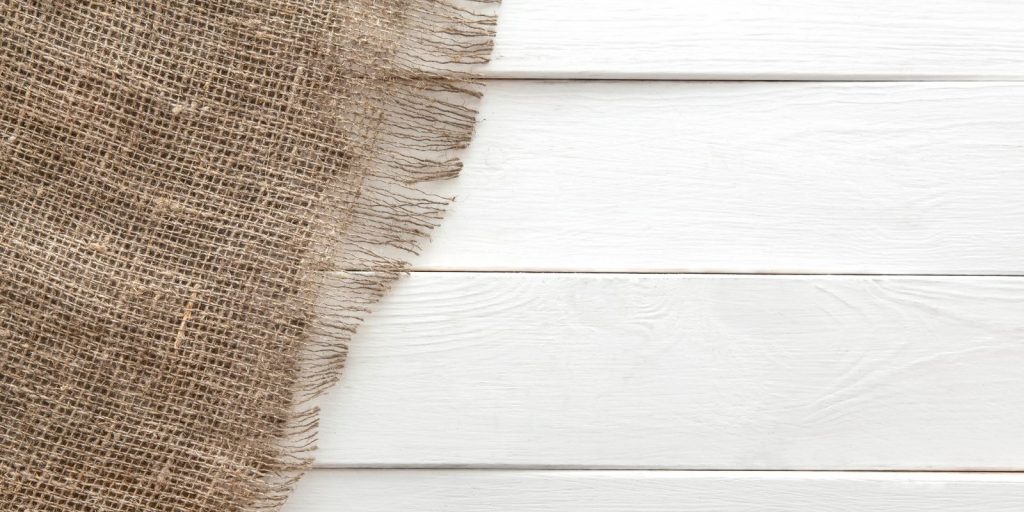 You can use a thin mesh covering to cover all your plants to stop caterpillars from settling onto your flowers and plants. This is a very effective way to get rid of these pests and keep them from coming back into your garden for good.

The mesh must be thin, as thick nets make it difficult for birds to reach and kill caterpillar eggs. However, it also needs to cover as much of your plants as possible so that it’s difficult for the pests to get through.

There are a number of plants that repel hungry caterpillars and can be used to keep them away from your garden. The easiest way is simply adding these plants into the mix with all those you already have growing, but if you’re looking for something more targeted then try planting any or all of these:

Nasturtiums – another insect repellent, nasturtiums produce clusters of yellow flowers that are very easy to grow and will attract predatory insects like wasps, ladybugs and hoverflies. You can also eat the leaves of this plant because they have a peppery taste similar to watercress or mustard greens.

Chamomile – not only is chamomile beautiful in flower beds with its white petals surrounding yellow centers, but it’s also a natural insecticide for your garden. It contains an active ingredient called apigenin which keeps pests away, so you should see less damage from bugs if you plant this growing around other plants frequently eaten by caterpillars (like tomatoes).

Marigolds – these bright orange-yellow blooms have been used as bug repellents since at least the 18th century, and they work by making it difficult for pests to eat plants that have them growing near. The roots of this plant secrete a chemical that prevents soil-dwelling grubs from eating the base of tomato stems, so you can use marigolds as companion plants alongside tomatoes with little worry about damage done thanks to these bright flowers!

Coriander – also known as cilantro or Chinese parsley, coriander is another natural bug deterrent because of the chemicals in its leaves. This herb will repel aphids if planted in your garden often enough (ideally once every three months), though not all types are equally effective against each other. You need to make sure any seeds you buy specifically say they’re coriander seeds and not just another variety of parsley. 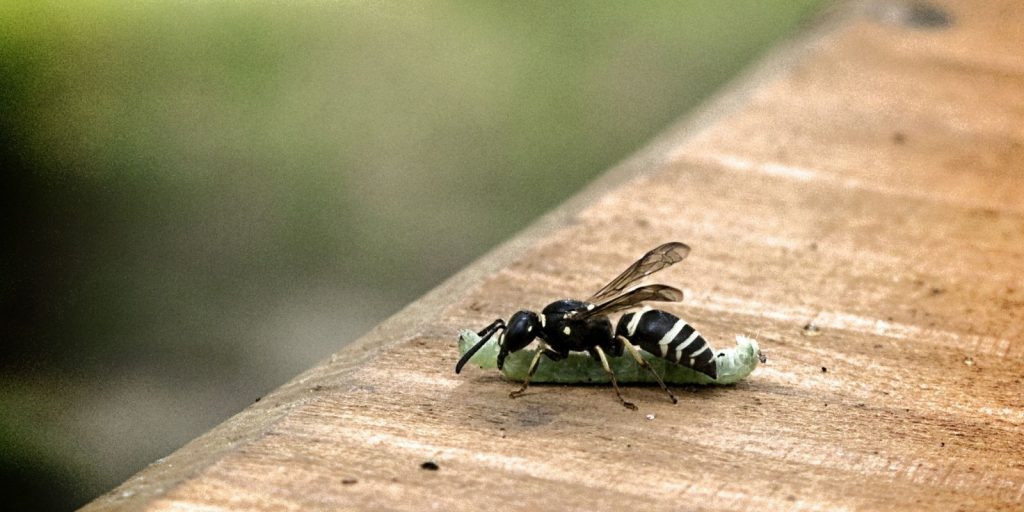